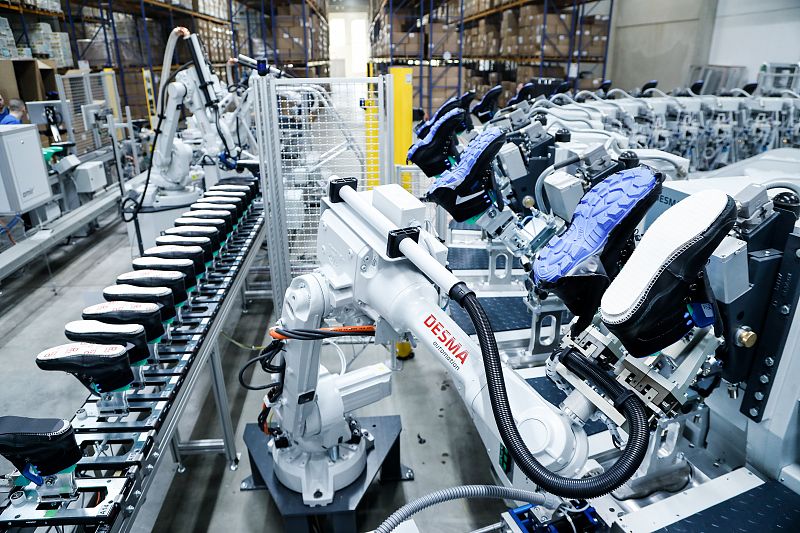 DESMA Schuhmaschinen GmbH delivers its largest and most modern direct soling machine to Atlas, a manufacturer of safety footwear in Dortmund – Atlas has opted for production facilities from Achim for four decades

Black, heavy and uncomfortable: for many years, safety shoes did not have a good reputation. But this cliché is no longer true. These days, it is increasingly common to see toecaps and pierce-resistant soles in a lightweight and fashionable design and in consistently high quality. Modern safety footwear is now breathable, shock-absorbing and comfortable, protects the wearer’s feet throughout the entire working day and eases the strain on the joints. This is possible thanks to new materials and manufacturing processes on state-of-the-art machinery made by DESMA.

Since January 2018, a new DESMA rotary table with 36 stations and a highly automated production line with seven robots has rounded off the production equipment at Atlas Schuhfabrik in Dortmund. The new plant, with the web-based “Smart Shopfloor” system, is currently the largest and most modern direct soling machine offered by the Achim-based company and the seventh machine that DESMA has delivered to Atlas, its partner for many years. This is a clear sign of the trust that has grown steadily over the 40 years in which these two successful business enterprises have worked together.

Founded in 1910, Atlas Schuhfabrik is now one of the leading European manufacturers of safety footwear for specific industry sectors. Every day, 12,000 pairs roll off the production line in Dortmund, adding up to 2.4 million pairs per annum. And demand is constantly growing. The company, which has a workforce of 1,500 worldwide and is now managed by the fourth and fifth generations of the founder family, therefore decided to expand its production capacities at the beginning of 2018 to include a fully automated rotary table system by DESMA. “This allows the customer to produce even more quickly and flexibly and also less expensively – three key factors for the long-term success of the German production location,” explains DESMA Managing Director Klaus Freese.

The DESMA machine has a high degree of automation. Robots perform individual steps such as roughening the upper, placing steel soles, applying release agent, trimming sole edges and picking and placing, i.e. automated parts supply from the amir system (automated material supply with integrated robots) to and from the rotary table. This eases the workload of the employees, who no longer have to perform these laborious and often monotonous tasks.

The web-based “Smart Shopfloor” system is a new innovation which permanently collects all machine and operating data and stores it in a database which can be accessed via smartphone, for example. This enables the customer to obtain real-time information about their order online at any time. Atlas is one of the first companies to use this software and is highly satisfied: “No matter where I am, I always know exactly what is happening at the production plant,” says Hendrik Schabsky, Managing Partner responsible for marketing and sales.

The junior partner was in Achim himself in mid-December 2017 to conduct the acceptance procedure for the machine, which went into operation in Dortmund in January, in conjunction with in-depth training for the staff. It now operates in three shifts, six days a week, with an output of 3,000 pairs of shoes in 24 hours. 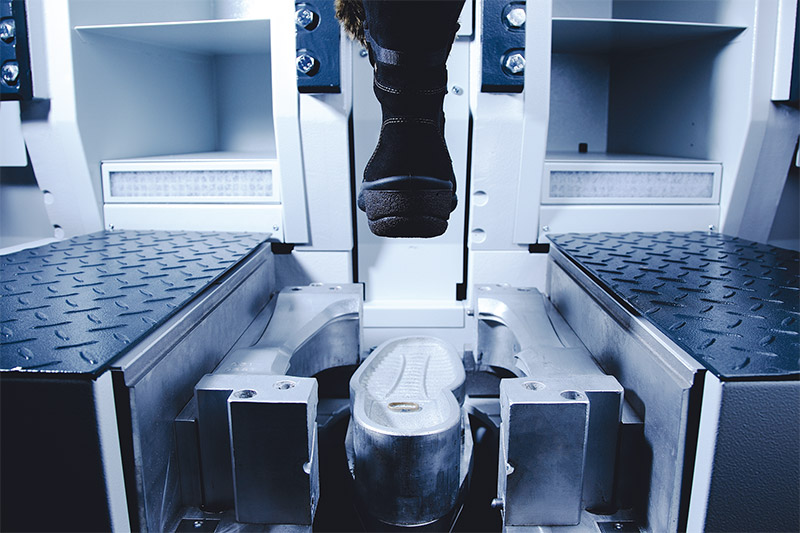 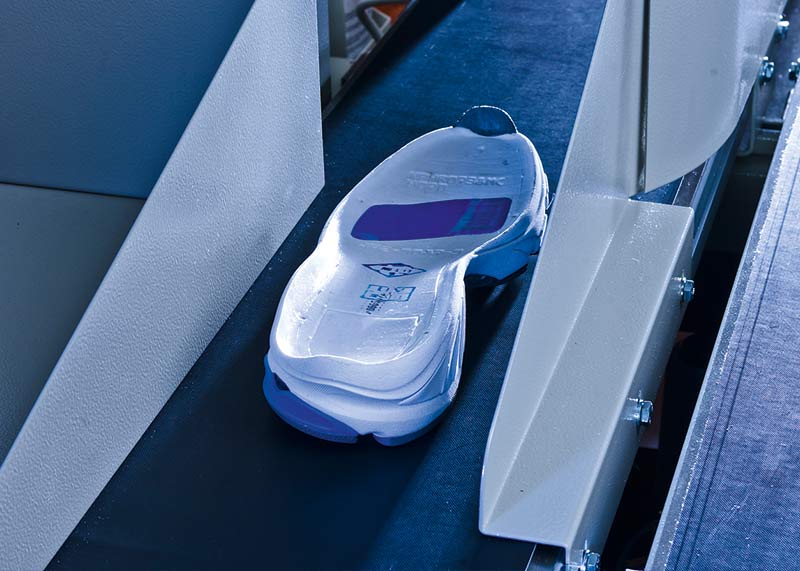